This case study is related to subjects of urban climate and reduction of urban air pollution and demonstrates, how satellite data based information can be applied to monitoring of urban areas and mitigation of air pollution, as well as supporting the activity towards air pollution reduction.

Why aeration wedges are important for City?

The idea of aeration wedges (T. Tołowiński, 1916) is based on existence of the open green areas, wide communication routes and other areas which are not built-up (ex. the Vistula River). The aim of having these corridors has been to enable the air exchange between the open areas around the city (especially the green areas) and the downtown areas. The free movement of air masses has an infuence to the urban climate (for example in mitigating the urban heat island effect) and to reduce air pollution.

The results of the pre-research showed that the aeration wedges are constantly more and more built-up, as the built-up areas were discovered as follows:

The largest loss of green areas was noticed to belong to arable lands and meadows – lessened from 42% to 29%. During the research, it was also paid attention to that new buildings had been located in an unfavorable way, and they worked as walls and barriers to the air masses coming to the downtown. The Figure 2 presents the land cover within the aeration wedges of Warsaw in 2015.

Figure 2. Land cover within aeration wedges of City of Warsaw in 2015.

The analyses were carried out for the years 1992, 2001 and 2006 with the application of Landsat 5 and Sentinel-2 satellite data. The case study involved the analysis of buildings which were located on the areas specified as aeration wedges in the following documents: Local General Development Plan of Capital City of Warsaw (approved in 1992) and Ecophsysiographic Study developed for Study of Conditions and Directions of Spatial Development of Capital City of Warsaw (approved in 2006). The case study worked as pre-research to further studies about City’s environment, including data about pollution from Sentinel-5P and land surface temperature from Sentinel-3.

The research was presented within the conference Mapping Urban Areas from Space 2018 – MUAS 2018 in Frascati, Italy, on 30–31 October. You may contact the authors for more information: Patryk.Grzybowski@igik.edu.pl 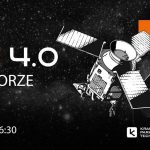 Experiences from Estonia: How to make best possible use of data of Sentinel satellites and Copernicus programme?